It’s that time, all. You know the time. The bright thing is in the sky for way longer than I’m comfortable with, and the Fahrenheit temperature outside is flirting with numbers starting with 7. (Shut up – it’s a big deal where I live!) The tourists are lurking, the shrieklings will soon roam unchecked, and it is time for me to go to ground until my beloved September returns.

I leave you with a parting gift to tide you over until the darkness returns. My platonic murder wife and fellow evil author of awesome, Skyla Dawn Cameron, asked me to contribute to her short story anthology, Hauntings. Look at this shiny cover. LOOK AT IT!

Doesn’t that look awesome? Of course it was designed by Skyla. You should hire her for your graphic design things. Also, you should support her on Patreon, because without her, this story (and practically everything else of mine you’ve read) wouldn’t exist. You owe her, my darklings.

So what’s going on with that shiny thing up there? Well, here:

That’s right. Mine is a Kyle story. You’re welcome.

Right now, it’s up for ebook pre-order from your favorite bookish places: Kobo, iTunes, B&N, and The Evil Empire. It’s planned for release by the end of the month (May 2017).

For those who prefer print (I AM ONE OF YOU!), there will be a print edition as well, available sometime in the first or second week of June. I’d give you a firmer date, but it will depend on techy things that make my head hurt, so let’s just say “mid-June” and call it good.

This is the anthology promised to those who donated to my fundraiser. Those who donated $10 or more will be getting their ebook advanced copies before the end of the month, so if you want it early, you know where to go. You all have kicked ass when it comes to helping us out, but there’s still room for pennies and openings for some hats. (I’m up to 14 hats, ya’ll. FOURTEEN FUCKING HATS! HATS FOREVER! I can honestly say I did not expect this, but I am totally not complaining. It’s for my babies. I will knit ALL THE HATS for my babies.) If you missed the part about the fundraiser, clicky the piccy to see what the fuck. 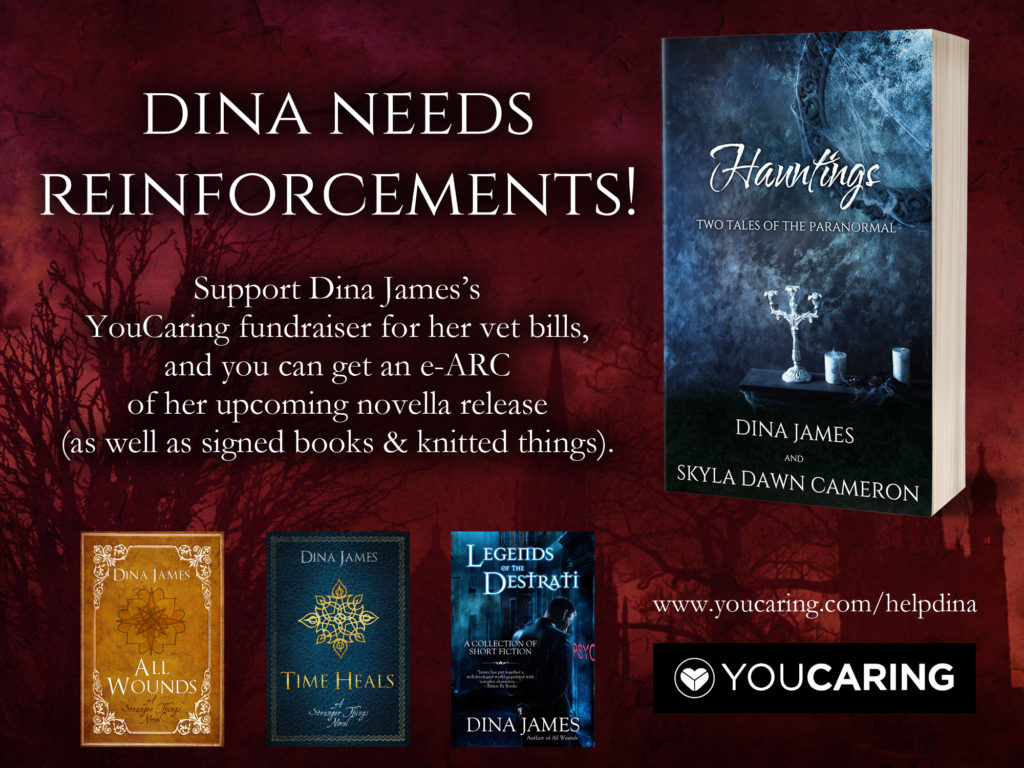 So that’s it for now. Go forth. Do shiny things. See you in September. (Possibly sooner. I have been tempted out of my reverse hibernation before, so you never know.)