So…there’s this…thing. It’s not really a SEKRIT thing, it’s just a…work in progress thing. My friend Skyla Dawn Cameron has a project coming out soon [Patreon link: PAY UP, BECAUSE SHE IS MADE OF WIN] and has, despite both my better judgment AND willingness to participate in such shenanigans (who am I kidding? I’m always up for shenanigans!), convinced me to join her in its fruition. (She has a knack for doing this – she knows what buttons to push/tribute to offer.)

I can’t say much right now, as it’s still in development, but once the details are hammered out, I will share it with you.

I am up to no good. There will be vampires involved. 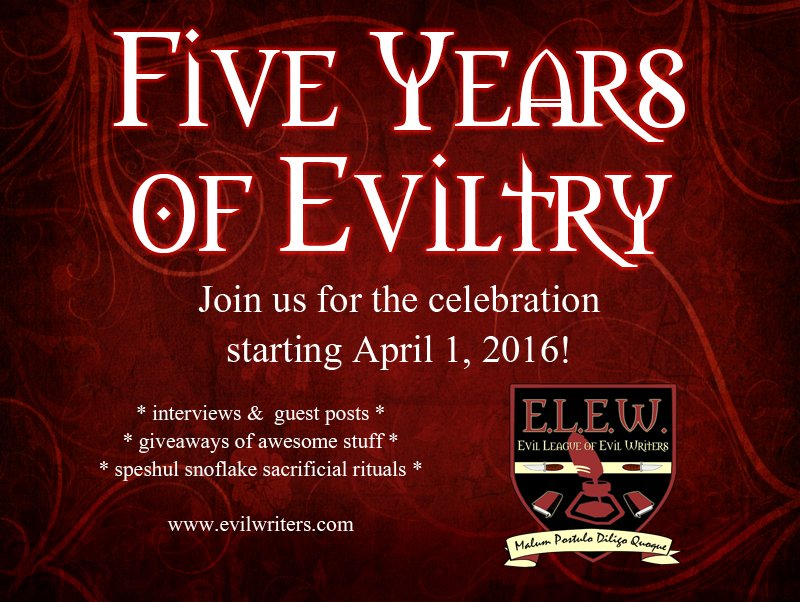 And with it, my hibernation looms.

It’s going to be April here in a few days, you guys. APRIL. DO YOU KNOW WHAT THAT MEANS? It means tourists and light and all kinds of shit I really, really don’t want to deal with.

It means I will go to ground soon and wait for September to return once more. I really need to become a reverse snowbird and go south for the summer like the ski-people do. I need a “summer home” in New Zealand or Chile or somewhere so I can escape the hot season and everything it brings with it. I never want to know a day that’s over 60 degrees. (15.5 for you Celsius people)

Until then, I’ll have to content myself with my dark curtains and air conditioning to get me through the bright days ahead.

I have been convinced to make one public appearance before I withdraw from the evil daystar for the next six months. Special thanks to author K.L. Bone for her kind invitation to join her for booze and books at a local vineyard on April 2.

Bethany Vineyards of Ridgefield, Washington, is hosting the second annual Words on the Vine book signing on Saturday April 2nd at 2:00PM, and I’ll be there along with her and a few other authors.

There will be some special shinies available at this event that are exclusive to signings and giveaways. That is, they are not available (nor will they ever be) for retail sale, so I hope to see you there.

Despite what it says on some of the promotional materials, I have respectfully declined to read from my work at this event. It will be a signing only for me, but there will be plenty of excerpts being read by the other authors there if you’re into that kind of thing.

Come join me in bidding farewell to the light!

You all know I’ve given into peer pressure (translation: “Skyla made me do it.”) AND how I feel about self-publishing. However, in response to those wishing to purchase my work, I have agreed to offer my previously-published short stories for sale in a new format. (I justify doing this by telling myself and being assured by others that it’s not really self-publishing because these stories have been previously commercially published, so this is a re-release rather than self-publishing. GO WITH IT. I NEED TO BELIEVE THIS IN ORDER TO LIVE WITH MYSELF/THIS DECISION I FEEL SO DIRTY OH MY GOD.)

Here is the second of three planned volumes of Legends of the Destrati (formerly published in the Mammoth anthologies and my Light In A Dark World collection, so if you’ve already read those stories, there’s nothing new for you here).

This volume features the next two stories, “With Great Power” and “Deliver Us From Evil.” The shiny cover was done by the lovely Skyla Dawn Cameron of Indigochick Designs, as was the formatting of all the necessary files. Because she rocks. Go use her for everything you need done digitally. She’s amazing and worth every penny.

So here you go. I’m not quite sure when the next one will be out, but probably right around the New Year. Plan, mind you. It might not work out that way. But here to kick off your December are some lovely, lovely vampires. You’re welcome.

I’ve spent the last few weeks brewing up this Halloween treat in my cauldron of doom, just for my mischievous readers. I’m not going to blurb what goes on in this story, because Halloween is about spooky surprises and scary monsters. And candy. And pumpkins.

Click the pic below to download the PDF. (As this is a free story, this is the only format it’s going to be available in.) 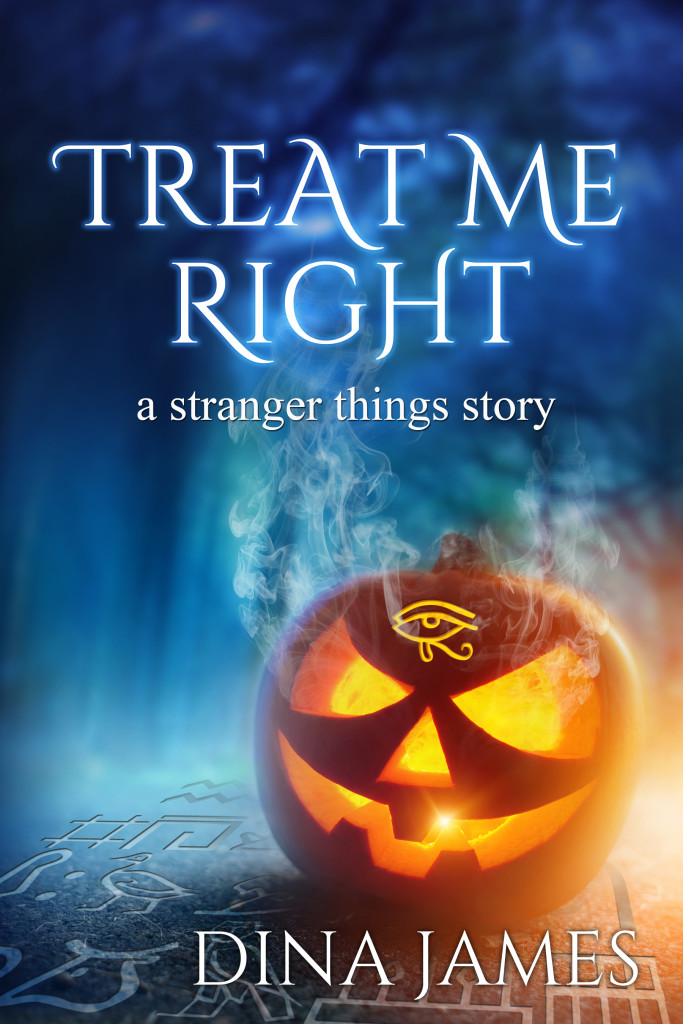 I said ABASEMENT, not a basement. A basement is where I keep…uh…LOOK OVER THERE!

Go to this blog post. Pick a charity. Donate. Send confirmation of your donation to the address on the post. Make the meter go up. When the meter hits $5000.00, I will sing Air Supply’s “All Out of Love.”

So yeah. Go forth and donate! There are shiny things there, too! Even if you don’t make me sing, you can still make Skyla watch all the Twilight movies back to back. And she’ll live tweet it, too.

My friend Skyla Dawn Cameron is having a birthday this month. She’s doing something a little different for it – she’s giving other people presents. Well, people and animals and so on, because she’s a hippy. No, really. She is. Like with vegan cheese and everything. But I digress.

Now, you have the whole month to make this happen. So, go. Tell your friends. People on Twitter are already conspiring how to make this happen to get me to sing, and the post saying I’d do it just hit the blogosphere like an hour ago. There’s talk of collection jars on office desks and all sorts of things…it’s wild!

…I have this idea. Well, sort of. I was randomly looking at something and then someone who enables my evil suggested something and and one thing led to another and….

Here’s the thing. I want to know if anyone reading this would be interested in a Billy short story.

If I were to write a Billy short and put it up here as kind of a donation/fundraiser/penny-tossage thing, would anyone be interested in that? It would be totally self-serving. Because there’s Something I Want. As all the pennies I’m saving this year are going For Scotland, this would be an extraneous thing to indulge a completely selfish “Dina Wants A Shiny” thing.

Normally this wouldn’t be an issue as I would just tell He Who Enables My Crazy that “I wish to own this shiny thing” and it would appear because he loves me. However this year, I am being good. I have forsaken my yarn. I have said “no” to new Lord Vader things for my collection.

But this shiny I want. This I greatly desire. No, I’m not telling you what it is just yet, but those who have seen it have all said the same thing: “You must own that.”

For this shiny, I will write an exclusive short story I will offer to you, my readers, in exchange for some pennies tossed at the Shiny Thing Fund I will set up if this idea generates enough interest.

Now, I’m busy writing Stranger Things III (Death Knell), so I need to know if there’s enough interest in a short in order to spend time on it. So, I created a poll:

Feel free to comment. I don’t discriminate between encouragement and dissuasion.

Do keep in mind that this eviltry is still in the “idea” stage, and I’m just gauging interest. It might go absolutely nowhere, so don’t get your hopes up. We’ll see. If there is enough interest, I will post a link/pic to the shiny thing I’ll be raising the money for.

It’s been a long day, but I’m over at Literary Escapism with an interview today for Time Heals Blog Tour Day 8!

One more stop tomorrow (FRIDAY!), then I’ll shut up about this release! (And get to work on the next one….)

Whoo hoo! Week two of the blog tour and the home stretch! You’re all probably tired of hearing about this by now, but don’t worry. It will be over soon. Well, for a few months anyway. I’ve got to get to work on the third book in the Stranger Things series.

You knew about that, right? Yeah, there’s going to be a third one. So there’s that.

Anyway, today I’m over at Two Chicks On Books talking about the music that influences my writing. There are shiny things! Go see and sign up to win them!