So my friend Valtinen (you may have heard me mention him before) is finally, after more than a decade, getting to be himself! 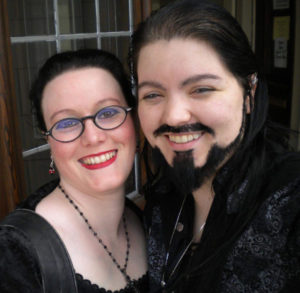 Me And Valt Terrorizing The Villagers

He needs a little help, though, and I know my friends and fans are awesome at helping people. Valt has come a long way in his personal journey, and this step is finally here. It’s amazing and I’m very happy this is happening for him.

But you don’t need to hear me talk about it. Go here and read his story for yourself!

Help Valt Get His Surgery! 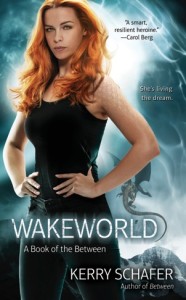 Or, at least my local independent theater! (Or “cinema” for those elsewhere in the world.)

Guys, the Columbian Theater is awesome. Upstairs, they have a whole section that’s 21+ where they serve beer. It’s all couches and tables and you can order PIZZA and other goodies, like nachos! Seriously. It’s the coolest movie theater ever. COUCHES. BEER. PIZZA. MOVIES. And the ticket prices? Insanely low. You spend less at the Columbian for everything than you would just popcorn and two movie tickets at the Regular Theeayter. It’s an amazing place and they could really use a hand.

Go and watch this amazing vid they made for their fundraiser:

Details for their Kickstarter are here: http://www.kickstarter.com/projects/columbiantheater/end-of-the-reel-the-columbian-theater-goes-digital

Long story short, they really, really, REALLY need a new digital projector in order to keep their doors open. The Columbian is more than just a theater…it’s an institution. They have stage shows and speaking engagements and it’s the place everyone around here goes when they need a space to perform or get a message out. You can even rent the whole place for private parties and so on. I can’t say enough awesome things about it, and even I would be grieved to see it close.

If you can help out, that would be muchly appreciated. Even just a signal boost would help, if you can’t find any pennies lurking in your couch cushions. If you would sacrifice your latte and give that $5.00 to the Columbian, Lord Vader may not Force-choke you today. That’s love, people.

Show the Columbian some love! And who knows! If they can keep their doors open, maybe next year I’ll organize a little movie-watching party and rent the whole place out for me and a bunch of you! (Bouncers will be at the door…you know who you are….)

It’s a thought! But it will only (possibly) happen if they’re saved, so…

DAMN THE MAN! SAVE THE COLUMBIAN!

This was on my Facebook feed, via author Jodi Meadows:

(Please RT: This is an open letter to all my friends in the #writing community.)

My name is K.T., and I’m a born-and-raised Bostonian. I’m also a writer, looking to our beloved writing community for some much needed support.

As you know, the tragic events at the Boston Marathon on April 15 at 2:50 PM left 3 dead and 176 people injured, plus countless more traumatized. These bombings rocked my hometown, and I can’t sit idly by.

I’m writing to you today to ask for your help. I’d like to organize an auction, with all proceeds going to the Boston First Responders Fund, a fund organized through the Boston Firefighters Credit Union. 100% of the proceeds go to benefit the victims and their families. But I can’t do it alone. So I’m asking if you and/or anyone you know (fellow writers, agents, editors, illustrators, etc.) could donate. It could be your time (Skype chat, phone call, etc.), some swag, a book/ARC, critique or service, anything that others can bid on over a 5 day period. All winners will donate directly to the fund, send a copy of the receipt to me, and I will organize and facilitate everything–from the official auction postings to putting winners in touch with the benefactors–through my personal website.

If you or anyone you know can participate and if you could spread the word, I, along with the countless people affected, would be forever grateful. You and anyone else interested can contact me directly at crowleykt [AT] gmail [DOT] com. If I can get at least 10 donations, the impact could be huge. Please feel free to pass this message along.

Let’s show Boston just how amazing this writing community is.

Thank you so much for your time and consideration.

I’m going to offer something. A book, maybe some knitted evil, something. If you can help, or even just boost the signal, that would rock.