I was updating the perks at the Evil For Julie fundraisers. I saw the numbers.

You know, when we were pulling this together and deciding on a target number for our goal, I made the comment that if we raised $10,000, I would make a video of me dancing like a freak (I can’t dance…no, really, I can’t. I just wiggle my butt and flail my arms.) at various Oregon Coastal landmarks within driving distance of me.

Sarcasm or no, I said it, in front of witnesses. As such, the video will get made. It will be finished and uploaded sometime in May, after all this is over.

Just so you know, I made another comment about our fundraiser goals, and this one is on the Internet, WHICH IS FOREVER.

Try reaching that one, evildoers. I DARE YOU.

ETA: Upon conferring with my enablers, I have agreed to do the same with Air Supply’s “All Out of Love” at the $25,000 mark. Because Dean Winchester. BRING IT.

YEAH, BABY! That is what I am talking about!

Shamelessly ripping off this awesome post made by our Bitchstress Dreamkiller over at the Evil League of Evil Writers blog:

“YOU GUYS, YOU GUYS…FOUR DAYS AND FULLY FUNDED.

Yes, you read that right. Just four days into the Evil for Julie campaign, and both the reader and writer editions are entirely funded. As of writing this:

On behalf of the Evil League of Evil Writers:

$5000 was our initial goal because that was what we raised last year for Crestline with our Evil Auction. To surpass that in just a couple of days is tremendous, and everything, minus the Indiegogo/PayPal fees, go directly to Julie and her family at the end of the month.

Of course, we shall not stop there. No, because we have TONS of other perks here to list and twenty-six more days to raise some more cash.

Please head over to the campaigns to have a look at the new additions and stay tuned for more in the coming weeks.

Thank you again to everyone sharing, linking, buying, donating, and supporting this endeavor. Vader says, “If you only knew the power of the dark side.” For anyone paying attention, I’d say you guys know. Excellent villainous work, everyone.”

I just have to add: 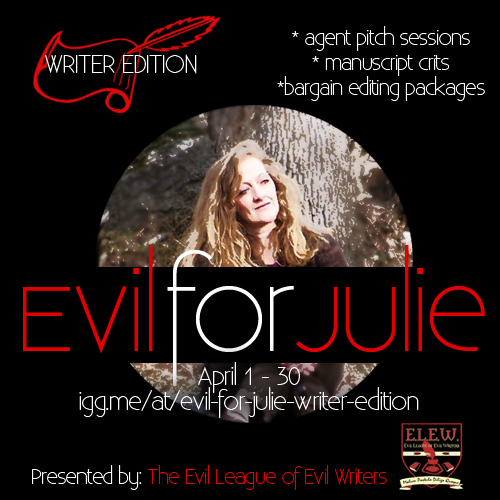 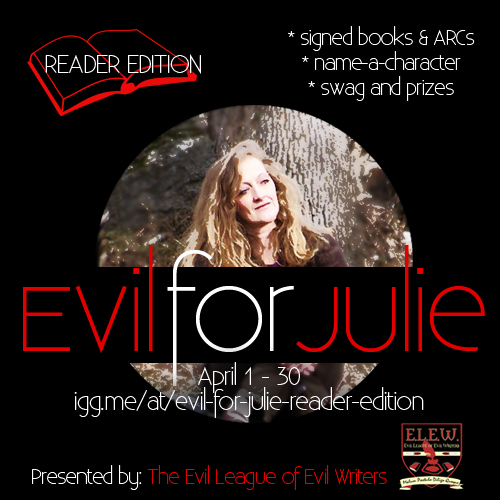