If you receive my newsletter, you won’t find anything new in this post (because I am shamelessly copying and pasting this for it). It will be link-and-graphics-heavy, so prepare yourself!

So, remember those shiny things I promised you earlier this year?

I keep my promises.

Also, I am finally giving in to peer pressure (let’s call it what it is, shall we? CYBERBULLYING) and releasing my previously published work in formats you kids and your newfangled technology use these days. (Get off my lawn.)

I have also been cyberbullied into more things. A lot more things. Like finishing the last book of the Stranger Things series.

I know I said I wasn’t going to. And I WASN’T. But THEY MADE ME. *points to the miscreants at the Alchemy Red After Hours Saturday Write-In* 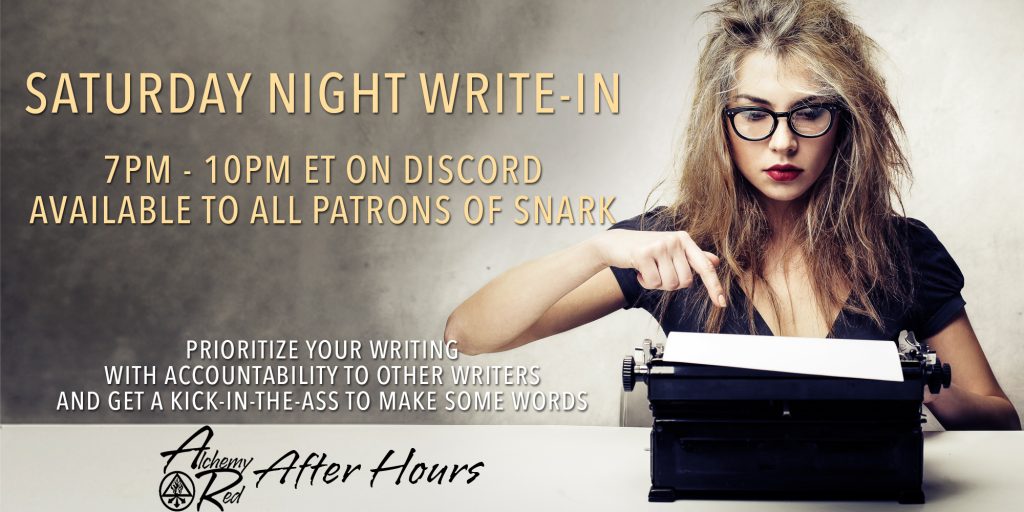 I was just there for moral support of other writers. REAL WRITERS, WHO WRITE, UNLIKE ME. But they bullied me into finishing a thing, then said “hey, what about this other thing,” then said “hey, don’t you have this other OTHER thing,” and before I knew it I was a writer again. I actually talk about that in an audio interview over at Skyla Dawn Cameron’s Patreon page (if you aren’t her Patron and can’t access it now, she plans on making it available to the public around the middle of September).

Now I have finished books and have been pressured into giving them to you. Myself. Which is technically self-publishing — the thing I have said in the past NOT to do, that I didn’t want to do, wasn’t interested in doing, and was too much work to deal with. Yeah. That.

So what changed my mind? A few things. A lot of things. Mostly the current dumpster fire that is commercial publishing. I have a lot of projects and have done the querying thing. I even had a few full requests and some interesting exchanges with agents and editors from respected houses, but given the current state of things and the potentially ugly future on the horizon for commercial publication, I have two choices: take my toys and go home (WHICH IS WHAT I WAS DOING) or put things out myself (WHICH I WAS BULLIED INTO).

It turns out, with the right tools and tutorials from friends who know what they’re doing, it’s not nearly as much work as 1) it used to be and 2) I had thought.

Don’t get me wrong. There are still scamming asshats out there preying on unsuspecting writers, but self-publishing has come a very, very long way. It’s gone from the days of predatory author mills to household names leaving their agents and commercial houses to take care of things on their own for a multitude of reasons (usually monetary, but also because of creator rights and content disagreements). Self-publishing still has its own set of issues (including the old stigma of low-quality unedited purple prose and ClipArt covers, not to mention plagiarism and algorithm-gaming), but given the choice between those and the current ones on offer via commercial publishing, I’ll take the caveats of doing it myself (with a lot of help from friends and colleagues). Who knows? Commercial publishing may eventually get its shit together again, but with billionaire tech bros who buy publishing houses “as an investment” and don’t know a fucking thing about how publishing actually works, that’s not likely to be the case anytime soon.

Given all that, here are the current plans my cadre of enablers have pressured me into:

LEGENDS OF THE DESTRATI – These stories were previously released as a serial in e-format and as a complete collection in print, but it was brought to my attention that they could use not only a refurbishment for current devices, but a release across all platforms. That has been done, and is available now wherever you may purchase your reading material. 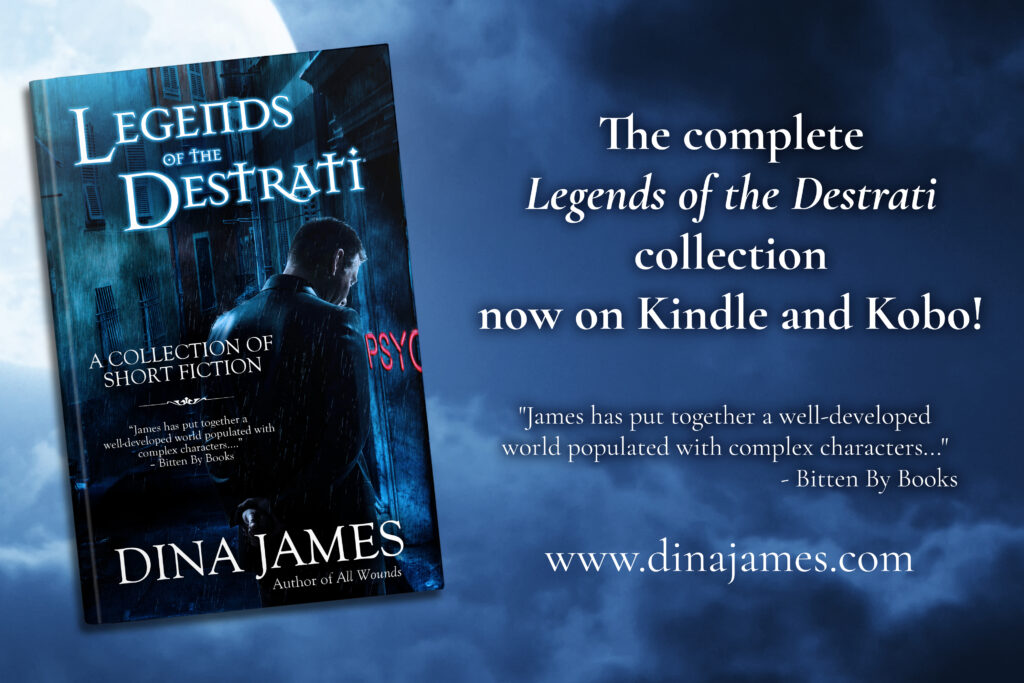 ALL WOUNDS (Stranger Things series) – Out of commercial print since 2013, this title was offered in 2016 as a special limited edition print run for signings and fundraiser prizes, and also offered at a discounted price in e-format for the 2020 pandemic lockdowns. Now it’s being re-issued, in all formats (including hardcover!), across all platforms. You can pre-order it now for the October 18, 2022 release. This edition will include a bonus short story previously unavailable beyond website download. 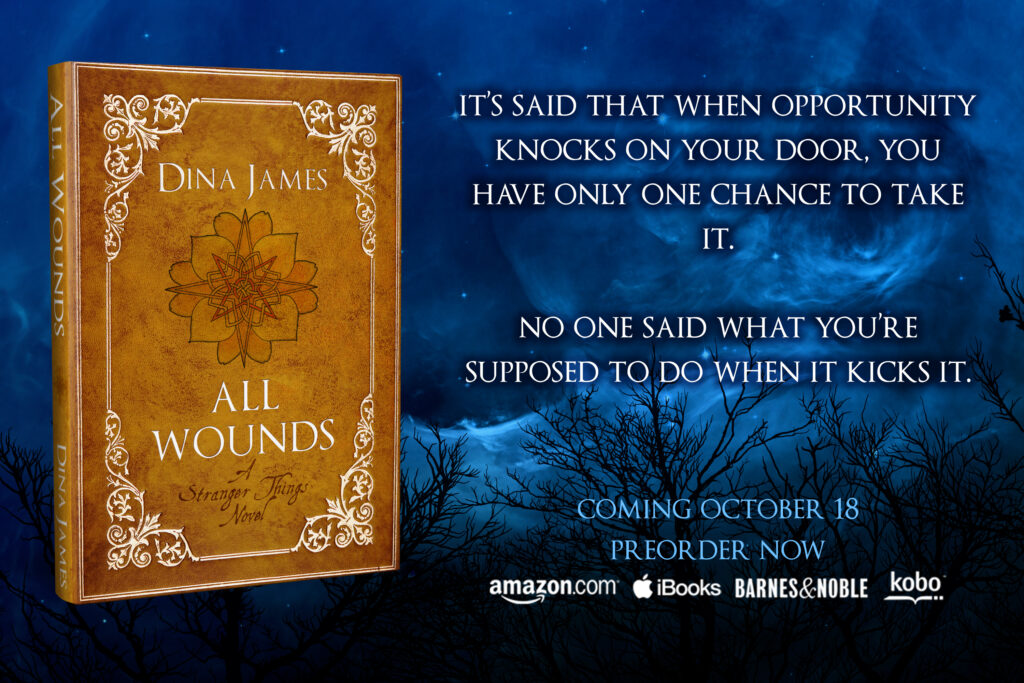 TIME HEALS (Stranger Things Series) – Also out of commercial print since 2013, this title was offered in 2016 as a special limited edition print run for signings and fundraiser prizes, and also offered at a discounted price in e-format for the 2020 pandemic lockdowns. Now it’s being re-issued, in all formats (including hardcover!), across all platforms. You can pre-order it now for the November 15, 2022 release. This edition will include a bonus short story previously unavailable beyond website download. 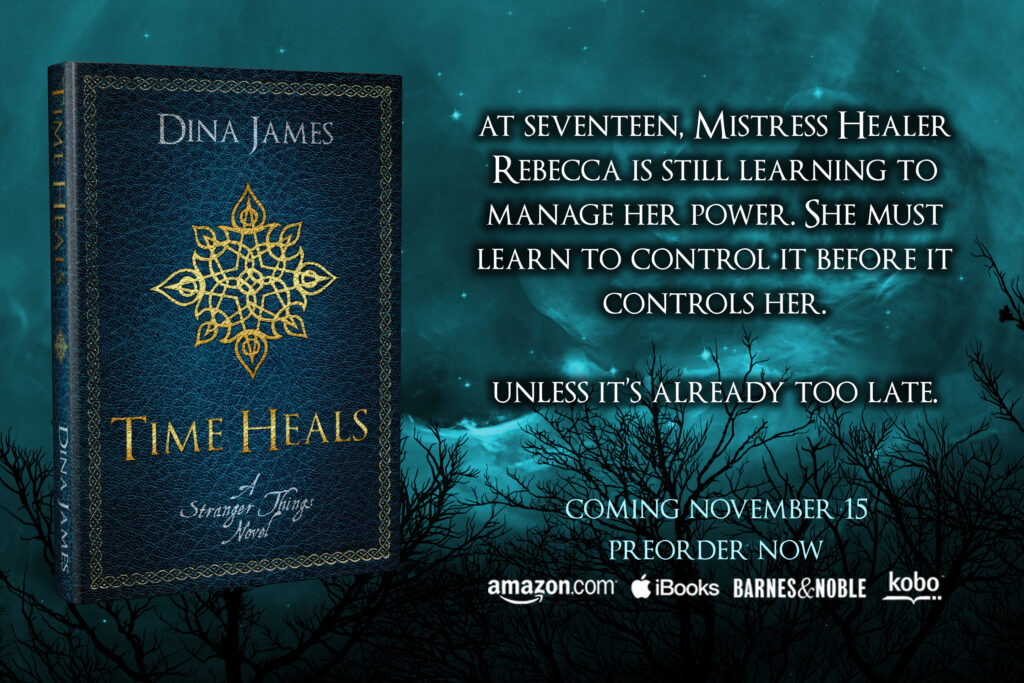 DEATH KNELL (Stranger Things series) – The “long-awaited” third installment of the Stranger Things series. I stopped writing this book back in 2013 when my then-publishing house began experiencing some internal calamities, resulting in the reversion of rights to the series. I put the partially-written manuscript away and never planned on finishing it. See above about cyberbulling. You can pre-order it now for the December 20, 2022 release. This edition will include a bonus short story previously unavailable beyond website download. 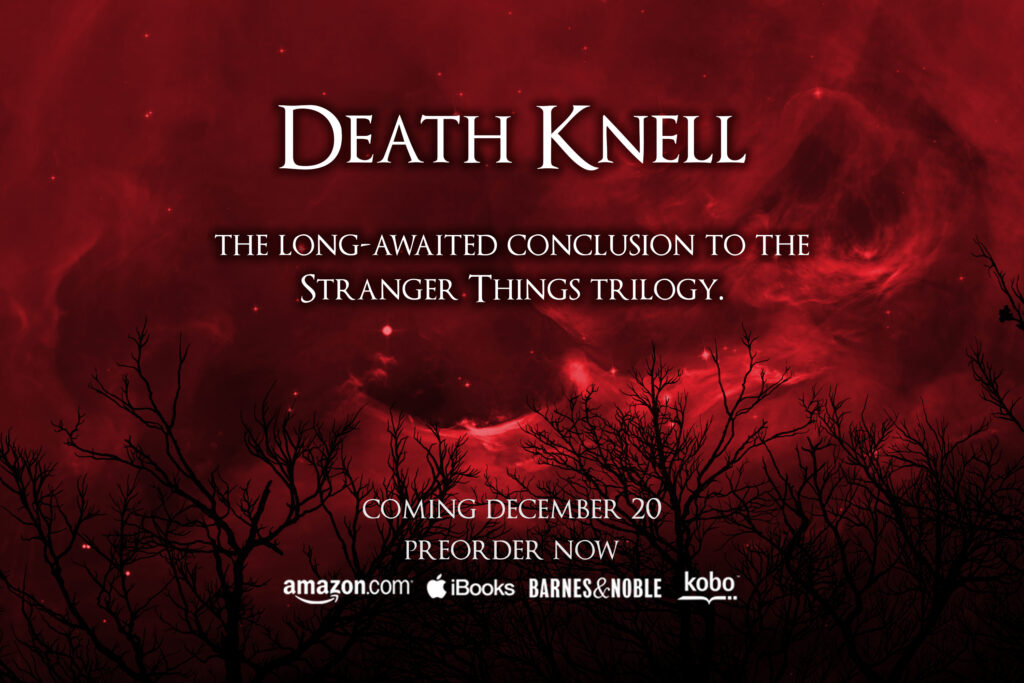 And those are just what I’ve got planned for the rest of this year. Also in the works are:

THE SILVERTHORN PROTOCOL – my first foray into sci-fi. It’s vampires and werewolves in space. I’m promoting it as “Underworld meets Gray’s Anatomy. In space.” I had fun writing it and already have notes for a sequel, so there’s that. Not sure what I’m going to do with it yet as there’s still some work to be done, but it’s there and something will happen.

MIDNIGHT TEA SHOP (working title) – a paranormal cozy mystery that’s basically a contemporary cast of characters and their doings surrounding a tea shop that’s open past midnight. There’s vampires, hellhounds, mimics (okay ONE mimic), and murder. Also asshole ex-boyfriends and a Karen. Because anything goes in this vanity project. There’s a lot of swearing.

I’ve recently launched a Patreon with multiple tiers, and at the CHECK FOR TRAPS level and above, you will get an occasional snippet of something I’m working on. There’s a Tea Shop snippet up over there now if you want to check it out. 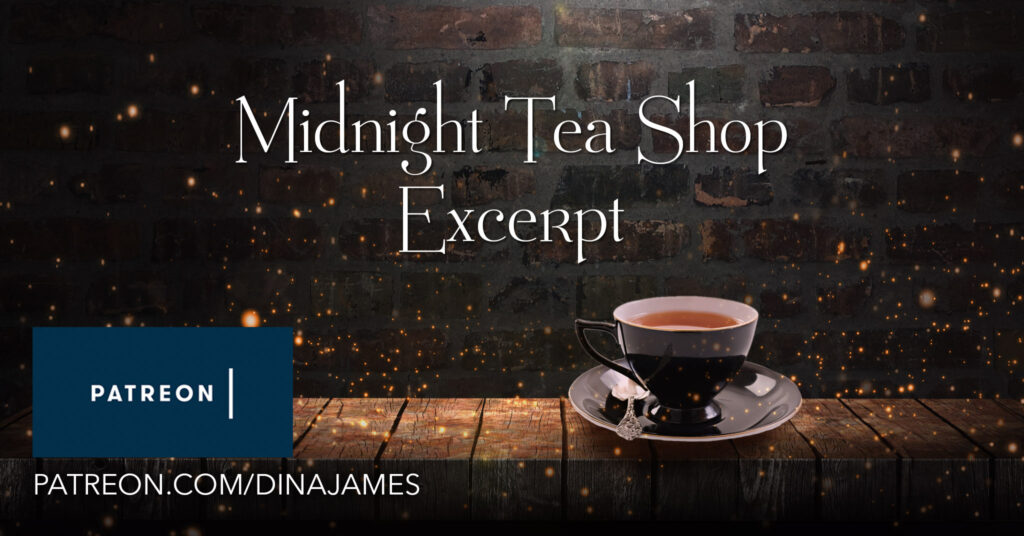 I want to wrap this newsletter up with another shout-out to Skyla Dawn Cameron and her Alchemy Red After Hours write-in sessions. Without those and the other writers participating there, I wouldn’t have started writing again, let alone finished two projects and started two more. Go check out her Patreon and if you haven’t read her books, remedy that immediately. (She also made all of the shiny shiny graphics you see in this post, so if you’re in need of a fantastic graphic designer, she does amazing work. Hire her for all the things!)

So that’s the current state of affairs. There’s going to be a lot happening around here in the next few months, which honestly is kinda weird, given *gestures at everything 2016-present* (looking at you, COVID-19 pandemic).

If you are able to but haven’t already, get your COVID-19 bivalent booster and seasonal flu shot. Keep wearing those masks so I can continue to live and write more stories.