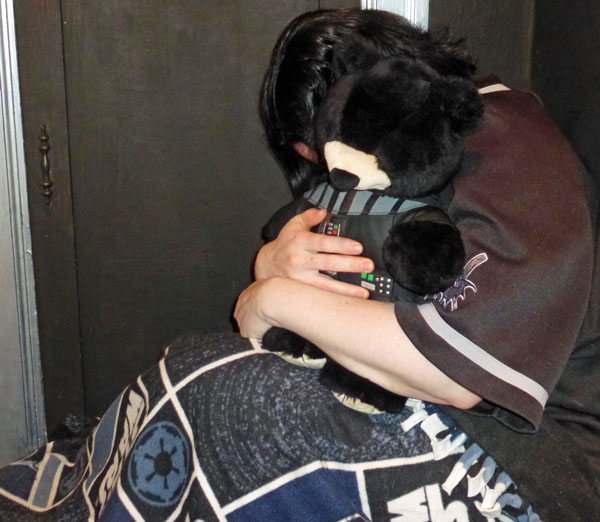 END_OF_DOCUMENT_TOKEN_TO_BE_REPLACED

*sigh* It continues. I am…there are too many words for what I am. Most of them to do with horror and disgust. And profanity. Lots and lots of profanity.

However, in between all the disgust and horror and profanity, I have learned something. Well, a few things, actually, but the one I want to talk about here is kind of neat. END_OF_DOCUMENT_TOKEN_TO_BE_REPLACED

Well, my house anyway. Not me, personally. I will never not be me. Long story…lemme sum up:

Last year sometime, He Who Enables My Crazy and I looked upon the neighborhood and the many changes it has gone through in the last *mumblemumble* years we’ve been here and decided it was time to move. Now, we are both aware that neighborhoods grow and change, and we’ve been here a significant amount of time. What was once a quiet street in an out-of-the-way part of a small town has become noisy and crowded and busy. Both of us are former military brats, and eighteen months was the longest either of us had ever spent anywhere while we were growing up, so the fact that we’ve been in this house for as long as we have is utterly amazing. For people who were accustomed to uprooting everything every other year and moving to not just a new house, but a new location entirely, settling down was a foreign concept. This is likely the reason we’ve stayed in our little house on our quiet street for so long, and the neighborhood just grew around us while we went about our lives.

The time has now come for that to change. We’ve been poking around online looking at houses here and there, but nothing really serious. We know we’re going to move. It’s just a question of when and where. First things first, though, and that means selling our current house. Toward the end of summer last year, I spoke with my realtor. I’ve known her for *mumblemumble* (Look, she SOLD ME THIS HOUSE, okay? I’m just as surprised as you that she’s still in the game, but I’m so glad she is, as she’s awesome.), and she gave us a list of things to do before we list our property. Many things on that list include undoing things I’ve spent the last *mumblemumble* doing to make this house mine. Every room is a different color, and that’s not going to fly with potential buyers (especially my black and silver foyer). So…yeah. In order to put this house on the market (I’m hoping to do so by June at least. It depends on how fast we get things in shape.), we’re going to have to de-Gothify it. (MY LITTLE BLACK EVIL HEART IS BREAKING, OKAY? I WEEP AT THIS TO-DO LIST!)

So, well…*sigh*. Please don’t judge me for the mundane you’re about to see. This is not about me. (YOU HAVE NO IDEA HOW HARD THAT IS TO SAY. It was even harder to accept.) Cut here for pic!spam. END_OF_DOCUMENT_TOKEN_TO_BE_REPLACED