No pics, but here’s a quick update on what’s been going on with the Mundane Makeover:

– Utility room is 98% done. It’s been decluttered and cleaned. The only thing left to do in there is clear a high shelf, and that just involves a stepladder and a hand-broom.

– Workshop is at 50%. Decluttering is in progress. Dump runs have been made. So much stuff has been sorted.

– I am so fucking sick of totes and papers I could scream. I thought the beige paint was the worst of this de-Gothening thing. I was wrong. It’s the papers. Apparently our method of dealing with junk mail and anything that needed shredding over the last *mumblemumble* years was to shove it all in a tote or box and put it downstairs where we would “go through it later.” Well, guess what? “Later” is “now,” and I have vowed that THIS WILL NEVER HAPPEN AGAIN. EVER. NEVER. I have put the shredder by the front door (under the entryway desk so the cats don’t play on it, in theory) and am shredding the junk mail AS IT COMES IN. Every time I get one box or tote finished and think that’s the last of it, we come across another one. Talk about demoralizing. That battle rages on. (There’s a tote full of papers waiting for me in the living room as I type. I am cheerfully ignoring it for the moment. It will die soon enough.)

– We decided to paint the stairwell Navajo Sand. It just makes a nicer transition and covers up this one area that just WOULD NOT take the white paint, despite the sanding and everything we did to prep it. So that’s done.

– The outside trim around the windows is painted, as is the garage door. It needed a couple spots touched up, and we had the paint, and one thing led to another…it looks nicer, now.

– Many runs to the storage unit have been made. I have some pics to share with you later on that.

– The yard sale plans are in full swing. The pile of sale crap is vast. I have price stickers and new fine-point Sharpies to battle it later this week.

Now for the asshats.

Apparently there have been more than a few attempts to hack this website. Why? I have no idea. People are just bored, I guess? I don’t know. Anyway, I’ve been notified that this is going on, and so I just want to say to the asshat(s) doing this – I SEE YOU THERE. YOU ARE A DOUCHEBAG. FIND SOMETHING BETTER TO DO WITH YOUR TIME. GO THE FUCK AWAY. THIS IS A WRITING BLOG, YOU FUCKHEAD. I’M A PARANORMAL WRITER. THERE IS NOTHING IMPORTANT OR LIFE-ALTERING HERE. YOU ARE NOT GOING TO FIND THE SECRETS OF THE UNIVERSE HIDDEN IN THE GENERIC THEME CODE OF MY LITTLE CORNER OF THE INTERNET. LEAVE ME THE HELL ALONE, YOU FUCKING FUCKWAD. IF THIS IS HOW YOU ENTERTAIN YOURSELF, I SUGGEST FINDING ANOTHER HOBBY TO DEVOTE YOUR TIME TO, SUCH AS KNITTING OR BASKET-WEAVING.

Seriously? Why? I mean, I know there’s a great amount of fun for some people in wrecking things other people make (because they’re douchebags and it gives them some sort of jolly to watch people clean up their mess, and these people are THE REASON WE CAN’T HAVE NICE THINGS), but seriously? Dude. Go play in the freeway, or with a blender. The fuck is wrong with you?

And that’s all I have for now. 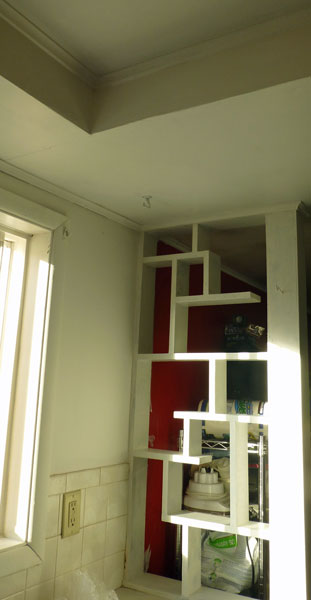