WARNING/DISCLAIMER: THIS IS A DINA RANT. There will be language, NSFW, and heavy linking. If you’re okay with all that, read on.

So apparently the Internet blew up this weekend because people were…

I don’t really know, actually, why people were upset.

I mean, why is it surprising that when you allow people to do things all by their little selves with absolutely NO supervision whatsoever, they devolve into sex, murder, drugs, and general mayhem?

You let the inmates run the prison, you don’t get to be surprised when they kill all the guards, throw open the gates and escape, okay?

What am I talking about?

Oh, just the fact that some sellers of self-published books are highly affronted that people are writing and selling all sorts of crap they don’t want to be associated with on their websites.

Now, I’ve ranted extensively before about self-publishing. Those who know me or have been following me for awhile know I have very little respect for those who self-publish, unless it’s done in a specific way. A professional way. I know, I know. That seems oxymoronic, using “professional” and “self-published” (NOT “INDIE”) in the same sentence, but believe me, there’s a professional way to do it. That way is with eyes wide open about the cost of the endeavor, realizing the pitfalls and caveats, proper editing, proofreading, a professionally made cover done by a graphic artist (not three minutes in Photoshop putting your name in a crappy font on a picture that has absolutely nothing to do with your book), and proper marketing that’s not constantly spamming your friends to buy your shit. If you want to self-publish, fine. That’s your choice. But, you should be clear about why you want to do that and understand it’s not just about banging out a novel and uploading it to Amazon and becoming rich overnight. Personally I don’t believe that an author should ever pay to publish, because money comes TO the author FROM the publisher, but when that “publisher” is yourself, you’re basically gambling. You’re putting out money on something and hoping to make it back. Unless you’re doing it for fanservice/fun and not for the money. But I digress.

It does bring me to my point, however. Money.

You see, it’s my opinion (and I can back this up with links, so don’t test me) that the majority (“MAJORITY,” I said. Not “all.” I realize there are exceptions to everything, but I’m not talking about the exceptions in this rant.) of self-pubbers do it for one of several reasons:

1) Money. They think they’re going to be the next Amanda Hocking and they will get rich overnight. For the record, Amanda busted her ass and when she had the opportunity to commercially publish, she did it.

2) Instant gratification. Self-publishing (as said above) has few-to-no restrictions on what you publish, as long as you pay for it. No one to tell them “no.”

3) Ego. They just want to see their name on a book/their work in print. Or, they think they have something utterly ground-breaking/too shocking/too edgy for mainstream publishers to look twice at, etc. Um…yeah…

4) Illusion of control. Self-pubbers get to control EVERY ASPECT of their work, and while that appeals to some, most who take the self-pubbing option prove by default that they’re too lazy to put the work in to make it decent. So while they get to control everything, from what goes in the book to what goes ON the book to where it’s sold, the majority of them don’t bother to ensure this is done properly.

5) Superiority. The majority of people I’ve encountered (and there have been many) who self-publish think that they’re somehow better or smarter than I am because I’m commercially (not “traditionally”) published. They think I’m stupid for pursuing publication, writing query letters, seeking representation, or any of the myriad of things they don’t have to bother with because they just upload directly, pull out their credit card and that’s it! Books in hand (that their “publisher” – that they even get to name so it doesn’t sound self-published! – makes them order a quantity of).

6) Ignorance. They really think this is how publishing is supposed to work, and a search engine doesn’t help because they have targeted ads. When someone searches for “publish a book,” what comes up first? Let’s see, shall we?

Huh. Would’ja look at that? “Publish on Amazon, publish for free, publish on kindle…” Let’s just go with the first one.

Well, what do you know?

First result – Lulu.com. Self-publishing. Also in there are AuthorHouse (self-publishing) and APE (says right there “entrepreneur”).

< sarcasm >That is a fucking shock right there, let me tell you. < /sarcasm > And that’s just the first page of results!

Fortunately interspersed between all the “We’ll publish you! Hey! Over here! Give us your money!” links are actual reasoned ones, like PBS, Writer’s Digest, and a tutorial guide on CNET telling you like it is. So there’s hope, I suppose. But again, I digress.

Back to the “money” thing.

They try and defend themselves by saying shit like, “It’s in our terms of service that we don’t sell this kind of thing! People aren’t supposed to upload this stuff! They click a button saying they won’t! We say that if they do and we find out about it, we’ll take it down!”

I’ll wait for you to stop laughing.

Some of the titles being pulled by these places now have been there for years. YEARS. And they’re just now getting pulled for objectionable content? Because they weren’t supposed to be uploaded in the first place?

What?! They didn’t read and/or abide by the terms of service agreement? SHOCKING, that. *clutches pearls* Dear me, dear me! Someone on the Internet is wrong! They aren’t playing by the rules! Tsk, tsk! 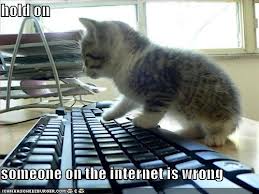 Excuse me. You might want to put in earplugs, because this part is going to be loud.

WHAT THE FUCK DID YOU FUCKING EXPECT, YOU FUCKING MORONS?! YOU GIVE THEM FREE REIN TO DO WHATEVER THE HELL THEY WANT AS LONG AS THEY PAY FOR IT AND THEN ACT LIKE YOU HAD NO FUCKING CLUE THAT THIS WOULD BE THE RESULT.

I have abso-fuckin’-lutely NO sympathy for these people. None at all. I also don’t feel sorry for the butt-hurt little self-pubbed authors screaming about how these places are so meeeeeeeean for taking their books down. No, wait. Actually, I do. I found it right here. Here you go. This’ll help. 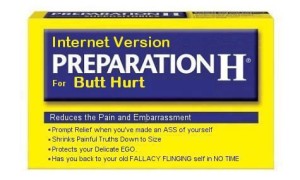 Honestly. I can even give you a Biblical example of what happens when you tell people they’re in charge of themselves and give them a set of rules to follow while you’re away. Even if you’re not a believer in the Bible, bitch was written a long fucking time ago, and PEOPLE WERE DOING THIS SHIT WAY BACK THEN. THIS IS NOT A NEW PHENOMENON WITH THE ADVENT OF THE FUCKING INTERNET.

Someone on Twitter said (I can’t find the tweet now, but I RT’d it and can’t find that either, so it must have been deleted or I’d credit them; I can’t remember who it was, as it was an RT of an RT, so yeah) something to the effect of “maybe agents should go back to finding clients the old-fashioned way instead of offering representation to self-published bestsellers.” I said when I RT’d it that I did so because I’m a fucking bitch, that’s why, and to that I hold. Commercial publishing isn’t without its problems, and things slip through (like plagiarism), but the reason they do is because it’s good writing. It might not be the author’s own writing, which is why it slips through, but it’s not self-published bestiality-incest-pedophilia-rape porn.

To sum all of this up: Really? Seriously? You’re genuinely surprised that people not only write fuckwittery, but that other people actually buy it? And that it’s readily available in any format anywhere that sells self-published shit, not just a dark, shadowy, virus-and-malware-filled corner of the Internet?

“We tell them not to” is the absolute lamest excuse in the book for not watching your own kids, dumbass! If you’re selling something, you should damned well know what it is and where it came from! If you don’t, you clearly just don’t give a shit about anything but money. I care if the hamburger I’m eating isn’t actually beef, okay? I paid for a beef burger, that’s what I want. I want beef. Not horse, dog, cat, chicken, duck, rabbit, or snake. Beef. I know, I know, caveat emptor and all that, but still. If you’re selling a product – putting your name on something – you’re essentially saying “I approve of this product.”

Don’t want to sell dinosaur-pedo-incest-porn? MAKE SURE THE PEOPLE YOU’RE DEALING WITH AREN’T WRITING IT**.

Yeah, you might have to part with some of your profits to pay someone to do that, but in the long run, it will be cheaper and you’ll save yourself a bunch of headaches. Like, I don’t know, having to take down your entire website while you clean your room. Fuckheads.

**Or make sure they’re not writing about shit that’s illegal for you to sell in certain countries…and you do it anyway. You know…just sayin’….