Here we are, at the end of the year, and boy has it been absolute chaos here in the James Household.

Earlier this year we started work on converting our detached garage/workshop into a studio space, not only to give me a dedicated place to both write and craft (I have become a quilter as well as a knitter, and craft supplies take up a lot of space, no matter how much of it you store in twelve gallon totes). While the exterior (new roof, siding, and windows) went smoothly, once we got to the interior (electrical was already installed, but there was no plumbing whatsoever) things started to spiral. I won’t go into details, but suffice to say what should have been finished in October has now stretched into December, and will very, very likely go into the New Year. I keep telling myself that it will be beautiful and amazing once it’s finished (it will double as a guest house for any visitors needing a place to stay while vacationing out here on the Oregon Coast once the pandemic is in the rear view mirror), but given all the delays and obstacles, it doesn’t help much. I am homicidal on my best days, and those are far, far behind us now, so you can guess where I’m at when it comes to enthusiasm for the project.

September brought us a foster cat who ended up staying with us far longer than planned as our local shelter has been full to bursting all year. I was calling every other day to see if they had space in the adoption room for them, but had no luck. One of our friends saw the cat’s picture on our social media and made arrangements to bring him home, but logistics were fouled when Mr. James was involved in a car accident in November (he’s okay — the other driver ran a stop sign) resulting in a total loss of the vehicle that was supposed to transport our foster to his forever home. Other arrangements were made, but the accident and everything it entails has taken a toll on both our mental and physical health.

October brought us another foster in the form of a single abandoned ten-day-old kitten. Longtime followers may know that a few years ago, the James Household specialized in fostering neonatal/orphaned bottle-baby kittens, and though we had ceased operations due to COVID restrictions and protocols, the shelter (being chock full and every foster family unavailable) pulled our name out of mothballs and asked if we “still did that.” As it was a single orphaned kitten and not an entire litter, I said yes, despite everything that was falling down around us. After three days, we knew Her Majesty Queen Penelope wasn’t going back to the shelter, and once she was of adoptable age, we filed the paperwork and made her an official member of the household. She’s now ten weeks old and driving her older brothers and sisters insane with her bouncing. (I swear, she has one speed, and it is 175MPH.)

Given all the above, the idea of putting up a giant cat toy in the form of our customary Sithmas tree for the kitten to destroy throughout the month just didn’t appeal to either myself or Mr. James, so we tacked up a holiday fabric panel from my quilting stash and called it good. (It needs ironing, but that will happen later.) 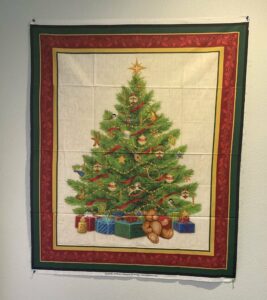 While Her Majesty Queen Penelope is an absolute joy in these chaotic times, I have been running on fumes the last couple months, so work on Death Knell (Stranger Things #3) has come to a standstill. It was supposed to be polished and released the 20th of this month, but given everything going on around here combined with my chronic illness (Multiple Sclerosis – please consider a donation to your local MS society for the holidays thank you), I just haven’t had time or energy or the coherence to put in the work it needs before publication. I’ve pushed the pre-orders back 30 days on Amazon (that’s what they allow without penalty), but even that might not be enough. We’ll see. I’ll keep you posted.

So that’s where we stand for the end of the year. Once the dust settles around the car accident thing, we’ll have to set about getting a new one, and car shopping is one of my least favorite things to do. Both Mr. James and I are severely demoralized over the loss of his vehicle. We’d had it just over a year and it was much loved by both of us. There will never be another one like it, but I have a call into the salesman that found it for us and told him to find us as close a match as he can. Maybe we’ll get lucky and Mr. James will get a new car he loves for Sithmas.

A new studio for me would be nice, too. They were hoping to have it done by my birthday (yesterday), but yet again things got in the way.

I realize this post is full of doom and despair, but the sign on the door reading LAIR OF DOOM isn’t there for funsies. The James Household is also fairly demoralized at this point, and I have to admit missing the release date for Death Knell doesn’t do much to improve my mood.

Here’s hoping your holiday season, whatever you celebrate, is all you wish it to be, and that the coming New Year is kind to you and yours.

P.S. There’s a snippet of my first sci-fi novel, THE SILVERTHORN PROTOCOL up for PERCEPTION CHECK (and above)-level tiers over at Patreon. If you’re not a Patron, maybe think about becoming one for the holidays so you can access shiny things like that and more depending on how generous you’re feeling. 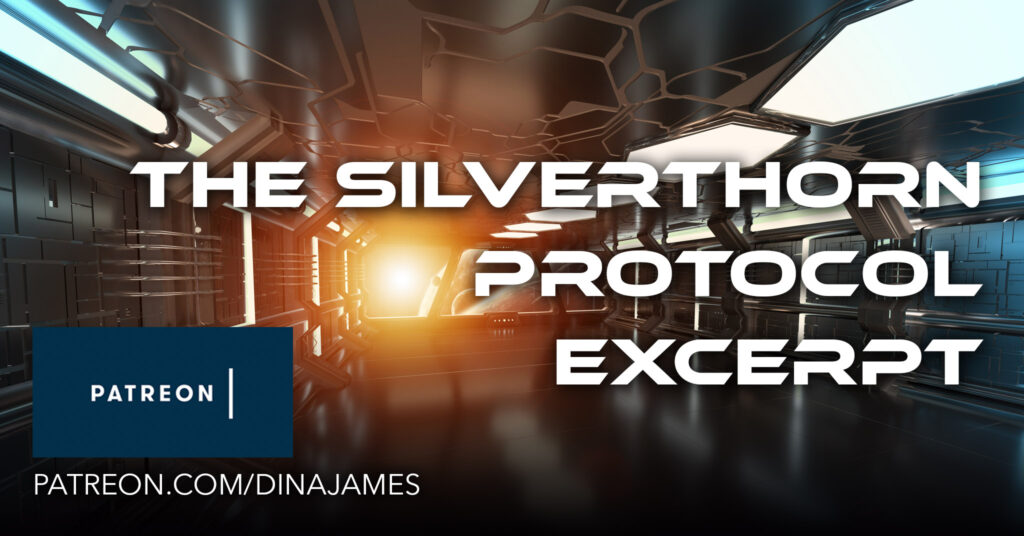